More than 2,000 runners tried to tame one of the hardest cross country courses in the country on Saturday in Stillwater.

And that's where the the 81st annual Cowboy Jamboree began.

With its steep hills, wooded areas and weather-worn landscape, the course got the better of the overwhelming majority of cross country runners who competed in the annual event over the weekend.

However, runners such as Dereje Himbago did their best to conquer the course.

The freshman from Guymon (Oklahoma) High ran a 16:13 over the 5K course to win the Big School varsity boys race.

"It was really good," Himbago said. "I had competition. It was a good race."

Ben Burnett of Lee's Summit West was just seconds behind with a time of 16:17. Each time he tried to make a move, Himbago was able to fend Burnett off.

"I think I ran pretty good," Burnett said. "I was just trying to stay with the top pack. I didn't know about the competition around here. But I just tried to stick up there. The competition was pretty tough." 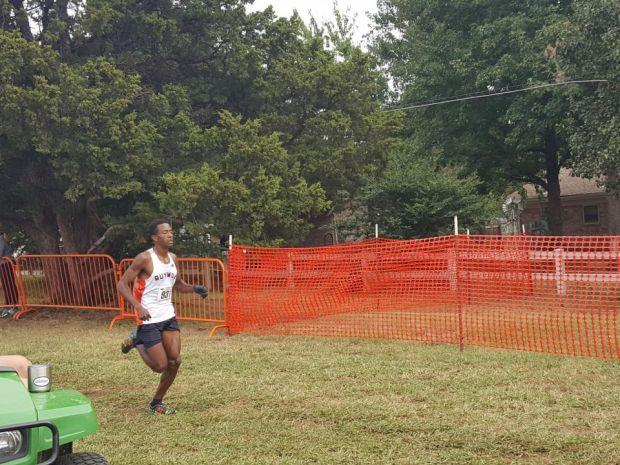 Lee's Summit West ended up with four of the top 10 runners to snare the overall team title with 38 points.

For the girls, it was a Texan who came in and took the top honors in the Big Schools race.

Daphne Pate posted a time of 19:30 to win the title. She was four seconds ahead of her teammate from Canyon Randall.

"I just went out and ran," Pate said. "I kind of feel like I was going a little slower. But I just think it was the course, the hills and stuff. It feels like you are going a lot lower than you actually are."

Canyon Randle, which is out of Amarillo, easily won the girls title with 21 points. That was 77 points better than Edmond North, who took second.

Canyon Randle ended the day with six of the top 10 times on the girls side.

"That's why we come and run it so we can get some good hills" Pate said. "Practice and just make us stronger. I think it says we have a good coach. She pushes us like crazy. She just knows how to make us run."